Fall 2013 First Impressions: I Watched A Bunch Of Light Novel Adaptations, But They Weren’t Very Good So I Dropped Them! 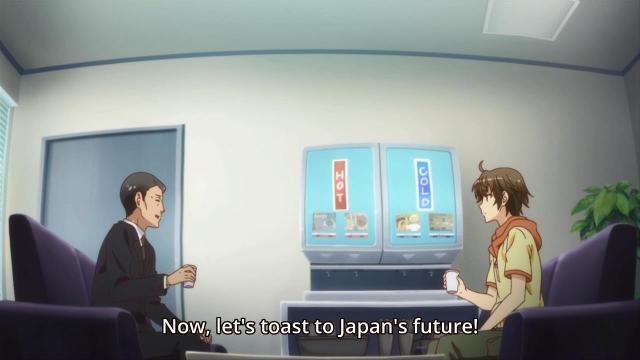 Light novel adaptations and I haven’t really gotten along very well since they stopped being like Boogiepop, Kino’s Journey, Baccano, Durarara, etc., and started being more like I Want To Do Icky Yucky Things To My Big Brother But I Can’t Because I’m A Demon King And He’s Too Busy Unsuccessfully Avoiding Sexual Advances From Other Girls To Notice That I’ve Been There For Him All Along. So when four light novel adaptations push and shove their way to being released within about 24 hours of each other, it’s pretty safe to guess that I’m not all that thrilled. Still, they all somehow managed to avoid mentioning a little sister in the title, and only one of the titles was longer than three words, so I gave them each at least a few minutes anyway, just because. Let’s get this over with. 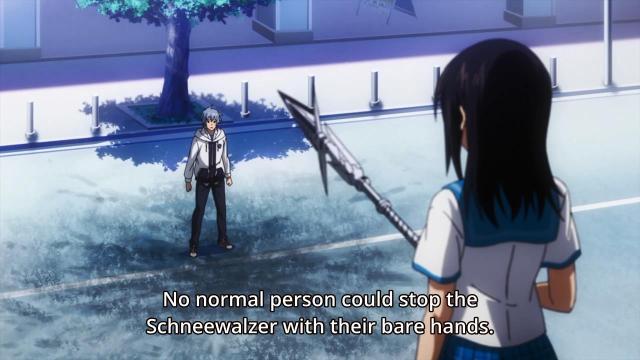 Strike the Blood is the first of the light novel adaptations this season to have a title that, in addition to being succinct, also sounds pretty awesome (the other will be brought up in a later post). I mean, STRIKE THE BLOOD. So much action and engrish packed into those three words. And then the episode starts things are pretty typical with magical creatures shoehorned in everywhere but it might get interesting maybe? but a female character is getting sexually harassed so she beats up her attackers with a magic weapon which is admittedly kind of cool until some random guy (I’d guess he’s the main character) tells her to stop beating up those poor guys and that she shouldn’t strike first because they didn’t do anything wrong so she gets mad at him – not for that, which would be wholly understandable, but for seeing her panties – and then the wind magically blows her skirt up so she gets mad at him for seeing her panties again and calls him a pervert and oh my god I can’t take this anymore. 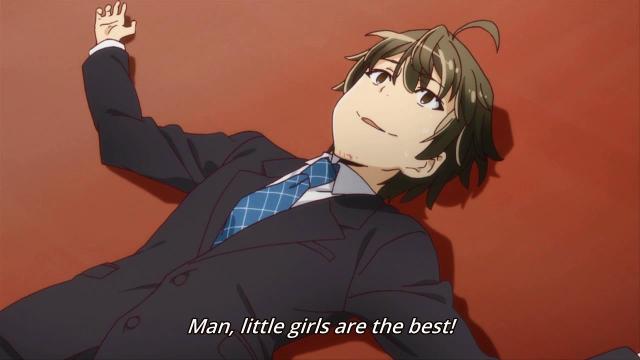 Interestingly, with all these light novel adaptations coming out at once, each of them managed to cover a different portion of the light novel spectrum. Strike the Blood was the typical, by the books, high school romantic action show with supernatural elements. Outbreak Company is the meta-aware type of light novel, with an otaku lead and whose jokes revolve around either (1) referencing other anime, or (2) putting forth an anime trope and subsequently pointing out that it is, in fact, an anime trope, while continuing to play it earnestly and completely straight. The premise here has potential – it has a great deal of room to provide tongue-in-cheek commentary through things like anime being the downfall of a great society. There was indeed some amusement to be had through the very nature of the premise, but when you have a premise like this it can also be very easy to forget what it means to satire and fall back on the cliches you were lightheartedly poking at. When our otaku hero gets the “moe missionary” job and travels to the other world, only to be greeted by an actual elf-maid and a military officer whose defining trait seems to be that she is well-endowed (and a loli princess later in the episode), and the show plays it completely straight, it’s not really a good sign. It would have been more interesting if the world to which he was supposed to introduce moe had more of a contrast from the anime he’d be introducing to it. I’m really not in the mood for this type of self-congratulatory meta-show, but if the premise legitimately interests you and you don’t mind/are looking for the standard library of anime tropes, it looks like a moderately competent, if entirely unambitious implementation thereof. 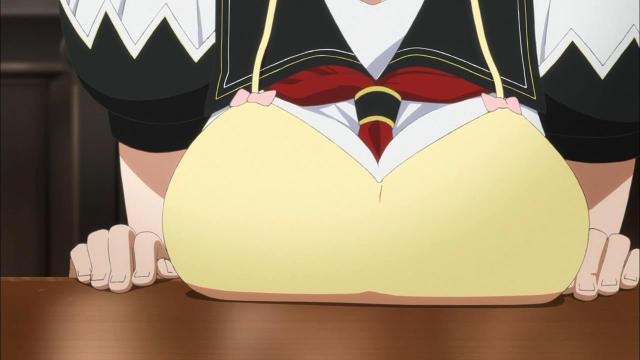 (This is that the “something”s are)

Yuushibu had about two minutes of absolutely excellent (if “boing”-y) fantasy battle animation at the very start of the episode that I would highly recommend. From there, the focus turns solely to the “boing”. Apart from the surprisingly high budget, this show is entirely lifeless and I couldn’t make it through the rest of the episode. But at least the first two minutes were great, so I don’t regret watching as much of it as I did. 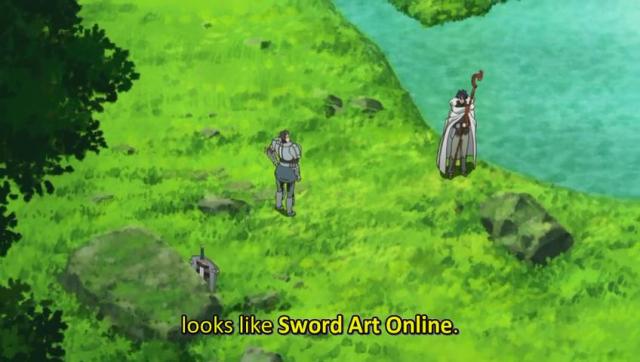 Log Horizon had a completely inoffensive episode, that, as a side effect, was also completely uninteresting. To make the forbidden comparison, it had nowhere near the grand ambition or strong execution of SAO’s first episode, but also nowhere near the entertaining trainwreck potential of its later episodes. It feels unfair to talk about Log Horizon in the context of SAO like that, but at the same time, there’s not much to talk about in the show’s own context. It rushed through trying to introduce all the characters at once so there was no time for a real hook, either from them or from the world. It’s perfectly solid, and probably the best of these four shows by a reasonably wide margin, but there’s nothing exciting about it. There’s no sense of danger or adventure or self-discovery or… anything really. Just, “we’re in a game now, let’s just keep playing I guess.” Perhaps the most notable thing, besides the SAO comparison and the surprising (and welcome) shortage of fanservice, is the hilarious tryhard synth-metal engrish OP song about “living in the database”. Kinda reminds me of the brilliant Musashi Gundoh OP, actually. Probably the oh-ohs.

We’re moving up in the world! Next time I’ll be covering some weekend shows with a little more draw, even if they’re not really cut out to be season highlights.

3 Responses to Fall 2013 First Impressions: I Watched A Bunch Of Light Novel Adaptations, But They Weren’t Very Good So I Dropped Them!